Autonomous cars in Dallas – future technology that is not ready yet

Autonomous cars in Dallas is a new technology that the society both anticipates and is afraid of. Texas is one of 10 states chosen by the U.S. Department of Transportation in 2017 as “proving grounds” where companies and public agencies can test automated technology in cars, trucks and buses. But after deadly accidents with self-driving cars we got a big question whether the technology is truly ready. 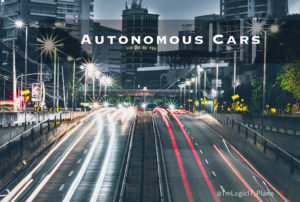 In order to continuously improve technology engineers need systematic testing. Dallas, Houston, San Antonio, and Austin have identified local sites where the deployment of technology could be explored. Nevertheless it will first happen in a controlled environment.

There are autonomous shuttles in Arlington. Their average speed is 10 to 12 mph. They use off-street paths in the entertainment district.

According to recent news the Texas Department of Transportation  does not plan to pause state efforts in researching autonomous technology. There is a new state law encouraging automakers and others to test self-driving cars. Nevertheless there are significant issues that need attention. That is why many projects are still just in discussion mode.

Based on accidents reports we can say that the achieved disengagement rates are not yet comparable to human safety levels.

As IT professionals we know when the software fails (e.g. the control system of the vehicle) it is more than likely that the end result of such situation would be a crash. Engineers working with robots know how fast things escalate when something goes wrong. Robots unlike people don’t have the natural instinct to recover or to save themselves.

If things go wrong on a highway at high speed a serious crash with either another car or a barrier may happen. In a dense urban area at small speed it can lead to injuring pedestrians or hitting constructions. Autonomous cars behavior in these conditions can not be adjusted by improved sensors any more. It requires better Artificial Intelligence.

Will there be a better future for autonomous cars in Dallas? Probably yes. Automated vehicles could be safer than humans. But looking at the nowadays’ situation, more than likely we need years for this to happen.

Join TeamLogic IT communities on